What's on my mind

Leokadia Janina Andrysiak in early 1940s in Warszawa during the war. 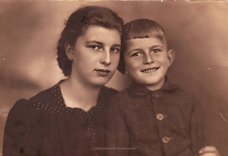 Leokadia Andrysiak and Władysław Drwota after liberation in 1945, Kassel, Germany.

Leokadia in the middle, Danuta (her sister) to the right and Władysław Drwota furthest right. 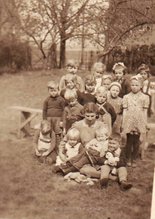 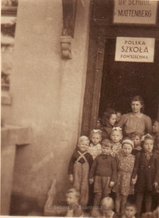 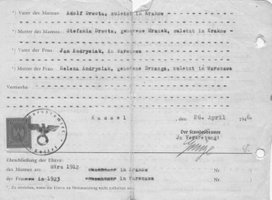 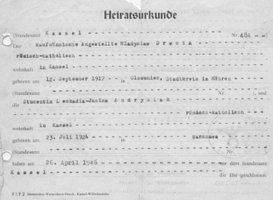 Leokadia and Władysław Drwota in after liberation in 1945, Kassel, Germany.

Leokadia was born on the 23rd of July 1924 in Warsaw, Poland. Daughter to Jan Andrysiak and Helena Drzazga.

She is the oldest – and only now living – of 5 siblings. In her early life she experienced several traumas that affected her severely. Her mother died young; Lena was only 11 years old at the time. Her father remarried a year later with Feliksa Garus, and when Lena was 13 her youngest sibling (half sibling) was born.

Unfortunately, there are almost no documents nor pictures preserved from these early years. Lena was just 15 when the 2nd World War started. All the family´s possessions were destroyed during the Warsaw uprising in 1944.

Lena’s father Jan was an officer in the Underground Home Army in Warsaw and surrounding areas. He used to unannounced sneak into their house thru a window during the night. Beside meeting his family, he needed to wash and get clean clothes. He was always tired and dirty, my grandmother told me. After her mother’s early death Lena had a special bond with her father. She loved him very much.

Random shootings and street executions ware part of the daily life in Warsaw during the war. This second story is of an incident that illustrates that. Lena commuted to her work and school with a tram. One day her tram was stopped by German soldiers. All passengers were ordered to exit. The tram driver whispered to Lena to hide and pointed to a good spot. All passengers were rounded up outside and shot. Lena survived thanks to a miracle and a kind tram driver.

The Warsaw Ghetto was one of the most horrific Nazi extermination sites outside of the Concentration camps. At the later stages, the Ghetto was isolated from rest of the Warsaw and no supplies ware allowed in. To smuggle anything or just to give a bit of food to a Jew was punishable by execution on the spot. As many Poles my grandmother was passing thru the Ghetto on the tram. The tram never stopped inside the Ghetto, and the doors were locked as the tram passed thru this isolated part of town. The Ghetto was a horrific scene of starvation and death, with corpses laying openly on the streets. Many Poles, as well as my grandmother, took the lethal risk to throw food from the broken tram windows to the starving. She never did share too many of these memories and I understand why. 300 thousand of Warsaw´s Jews did die in the Ghetto.

Lena’s father participated in and got wounded during the Warsaw uprising. Lena was a medic during the fighting. As many of the civilian inhabitants of Warsaw Lena, alongside one of her sisters, was captured by the German forces. Lena and Danuta were transported to a work camp in of Germany. Wanda was selected to work as slave laborer at a german farm.

During Lenas time at the work camp, she worked as a slave laborer at an ammunition factory owned by the Krupp family. She miraculously survived where many perished, and was freed by American forces in 1945. Alfred Krupp was convicted of crimes against humanity but was freed in an amnesty and the Krupp fortune has been restored despite their atrocities.

Once freed, Lena stayed in a Displaced Persons Camp in Kassel-Mattenberg. Displaced persons camps in post World War II Europe were established in Germany, Austria and Italy, primarily for refugees from Eastern Europe and for the former inmates of the German concentration camps. At the end of the Second World War, at least 11 million people had been displaced from their home countries, with about seven million in Allied-occupied Germany.

Lena led kindergarten in adjunction to the elementary school at the above camp 1945 – 46.

Lena met her husband, Władysław Marian Drwota, in 1945 in Kassel Germany. It was just after liberation by American troops. They got married in Kassel on the 26th of April 1946.

As many of the displaced Europeans, Leokadia and Władysław decided to try to get a fresh start in the US. They received a permit and tickets for their travel. At the last minute they received news; Leocadia’s father had survived and was alive in Poland. They decided to return home to Poland instead.

They returned on the 9th of October 1946 thru Dziedzice, which was one of 16 reception points for returning poles; Państwowy Urząd Repatriacyjny Specjalny Punkt Etapowy w Dziedzicach. It was a main point for repatriates from the American held part of Germany. Almost 500 thousand returning Poles passed thru this point.

After their arrival they stayed for several years in Tczew. They moved in to Plac Wolności 8, today Plac Generała Józefa Hallera, where they lived until 1951 before moving to Gdańsk.